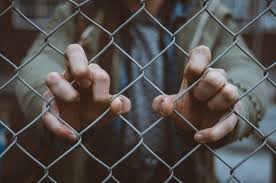 Many of us have been affected by addiction  in one way or another, alcohol and substances have their benefits, of course they do, we have been using them for centuries in one form or another to manipulate the way that we feel, whether it is for medical social or personal reasons. They are fit for purpose when it comes to numbing physical and emotional pain; Many of us seek to distort our reality and we have learnt to rely heavily on them to help us manage stressful times and self soothe.

How and who then crosses the line into addiction when so many peers, or colleagues can drink or use at a recreational level, with seemingly minimal damage to themselves and those around them?

Apparently it’s down to genetics and environmental factors, which in turn interact with critical developmental stages in a persons life that affect risk of addiction. Multiple research studies have shown connections between the genes you are born with and the likelihood that you may become addicted.

Addiction is frequently caused by a combination of factors and an addiction can develop when there is not a family history. These include….

It has been said that as a child if one of your parents is addicted then you are four times as likely to develop an addiction.

Someone living in an environment where addiction is a norm are more likely to to become addicted. other factors such as, accessibility societal norms, pressure from peers can all feature.

Experiencing a traumatic event, can factor in an individuals choice to use drugs and alcohol. Childhood abuse, sexual abuse, neglect or a sudden loss of someone close to us can lead to us to start self medicating with alcohol or substances.

Anxiety and depression can increase our chances of becoming addicted. Essentially we use alcohol/drugs to numb feelings of sadness, grief, loss, anger and stress. This self medicating which provides short term gain by raising dopamine and serotonin levels in the brain (our feel good chemicals) can mislead us towards problematic use and dependence.  Long term loss.

It has been said that about 50% of addicts are genetically predisposed to it and a similar percentage can develop addiction by living in an environment that promotes it by witnessing regular use. As children we are sponges and we learn how to manage and/or deny feelings by soaking up what is demonstrated, by living in our family, its easy to see how a message of how to cope in difficult times can become hard wired. Images from film and TV often compound a frequently negative way of coping. If you repeatedly use drugs or alcohol to manage feelings due to poor coping skills, what happens is you brain rewires itself. Every time you abuse alcohol, you’ll strengthen the wiring associated with drinking, and you’ll chase that buzz even more. Therefore, the more you chase the effect of alcohol, the greater your chance of eventually developing an addiction.

As addiction develops, changes occur in the brain’s reward pathway. The brain registers all pleasures in the same way, whether it is a monetary reward, a good meal, sex or a substance. Basically, the brain realises dopamine which is a neurotransmitter in the part of the brain known as the pleasure centre. All drugs, from nicotine, caffeine to heroin, cause a powerful surge of dopamine in this area of the brain. Addictive substances provide a shortcut to this reward system, by saturating this part of the brain with dopamine. A part of the brain lays down memories of this sense of satisfaction and then another part creates a conditioned response. Much like the story of Pavlovs dogs, who learnt to salivate at the sound of a bell and its association with the appearance of their food.

The probability that the use of the drug or participation in a rewarding activity will lead to addiction is linked to the speed on which it promotes dopamine release, and the intensity of that release. Addictive substances provide a shortcut to the brains reward centre these changes make it hard for addicts to feel pleasure without their drug of choice, so its easy to understand how usage increases and becomes dependent.

Addiction is also governed by behaviour, it is a condition which manifests as intense cravings, and an inability to control use. Someone who is addicted will be unable to regulate or manage their use of a substance due to an overwhelming compulsion to use which often clouds judgement. This drives someone to continue using their drug of choice, even when faced with negative consequences. Such as harm to oneself or others.

If you feel that you experience difficulties in problematic or addictive use and would like to take the first step to influencing change do get in touch. In the short term using will numb in pain, however in the long term it will create more. As Gabor Mate suggests in the link above “Where is the Pain” and I believe that is the starting point for creating change.